If you find your pantry to be just a bit too humid, your salts are clumping and your seasonings are rock hard, then it might be time to look into a solution. Luckily, there are many ways to go about dealing with this problem, and Himalayan rock salts are a great start.

A simple open container of granulated rock salt will work wonders in dropping your humidity levels. You could also place one of those “Himalayan” lamp crystals inside as well, and it will work. These are a great way to absorb excess water in the air, keeping your food much dryer and less prone to sticking.

Pink salt even comes in a variety of shapes and sizes, Like this giant brick bellow. There are people out there dedicated to sculpting out of pink salt as well, so theirs always going to be something that pulls your fancy, in a style sense. 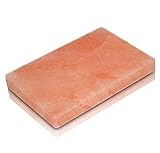 A Himalayan rock salt lamp isn’t the only thing you can do to decrease the levels of humidity in your pantry, Although it might be the most stylish.

It’s also important to know the dangers these types of rocks can carry, because while you wouldn’t think a simple lamp inside a rock crystal is dangerous, You would be wrong.

Dangers of using Himalayan salt laps in your pantry

You shouldn’t be surprised that your kitty and puppy wants to lick your rock salt. Salt is delicious. Many animals love the occasional salt lick, and normaly it’s perffectly fine.

But our small little animal buddies we keep in the house (cats, dogs, bunnies), can easily overdose on sodium by licking these lamps.

Many veterinarians have gone on records stating that you need to be really careful if you’ve got small animals in your house if you intend on having rock-salt lamps.

Signs and symptoms of sodium poison in cats include vomiting, diarrhea, fluid accumulation, coma, and death. All it takes is a bit more than 16 mg of sodium to cause these symptoms in cats.

So if you intend to keep a container of rock salt in your pantry, you should cover it with a plastic mesh. Same goes for a rock salt lamp. It should be pushed to the back of the cabinet where your pets can’t get to it.

It’s a bit ironic we’re talking about water damage with regards to something that’s supposed to remove water. But salt has a maximum capacity of fluids it can hold, that once exceeded, can cause pooling.

If you leave salt long enough in a damp environment and it sucks up enough moisture from the air, You will see an actual pool of water starting to form inside and around the salt.

This can take a long time depending on the size of your rock. But if you set it and forget it, eventually it could lead to water damage, mold growth, and higher humidity levels.

At a certain point, the rock salt will actually start expelling humidity rather than absorb it. So, if you do decide to go this route, remember to change is when it seems like it might be starting to get damp.

Out of sight out of mind = electrical fire

This warning doesn’t concern people who just intend on using loose rock salts as a quick humidity absorbed. It’s geared towards those of you who rather use the lamp variant.

Having a lamp plugged into an enclosed space generally isn’t a very good idea, especially when it’s not being observed, sometimes for days at a time.

Not only are you at the mercy of whoever slammed in a bunch of electric internals into a stone (which have been recalled before), You’re also up against the heat that it can produce even when it works and coincidently, isn’t on fire.

Heat and pantries aren’t usually on good terms, as a pantry is supposed to be cooled off as much as possible, around 10-20 c, (50 – 68f). The warmer a pantry gets, the less effective it is in storing foods. This also causes your foods to stale or spoil quicker.

All these things can be avoided by simply not using a lamp and instead of sticking with a block or loose pink salt. At the end of the day, the light and heat don’t improve its ability to absorb water, and really shouldn’t be a priority anyway.

If you still like the idea of the lamp, you should turn it off when you aren’t using it to see it in the pantry. Not only is it safer, but it’s also probably good for the environment as well.

One of the best and most obvious ways of stopping various types of pantry dampness is to seal the pantry itself. Rubber gaskets, caulking edges, and oil-based paints all go really far when preventing moisture. Just by doing these things, you could see a dramatic drop in humidity levels as well as ambient temperature.

Some other alternatives include things like mini powerless or powered dehumidifiers and hangable moisture absorbents. Many of these are disposable and come in many to a pack. The example below lasts 10 years. 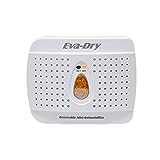 Places you can put a pantry

Does red wine vinegar have alcohol?

Agrowed.com is a participant in the Amazon Services LLC Associates Program, an affiliate advertising program designed to provide a means for sites to earn advertising fees by advertising and linking to amazon.com and potentially other amazon region websites.

Looking For Something Specific?